Then this:  First, read my prior post about the need to bluff less.  Villain has only been at the table for a couple of hands, so no meaningful reads yet.  I raise to $7 and he calls from the big blind.   Then he calls my c-bet on a really dry flop.  When the ace hits on the turn, I figure I can get him off the pot with a big second barrel, now representing an ace of my own.  He calls again.  #@$%!  I’m pretty sure this bluff was induced by the tilt induced by hand #1.  But really, he called $13 on the flop here with an ugly double gutter?  I’ve got “squadoosh” and he take the $111 pot with top pair and ugly kicker. 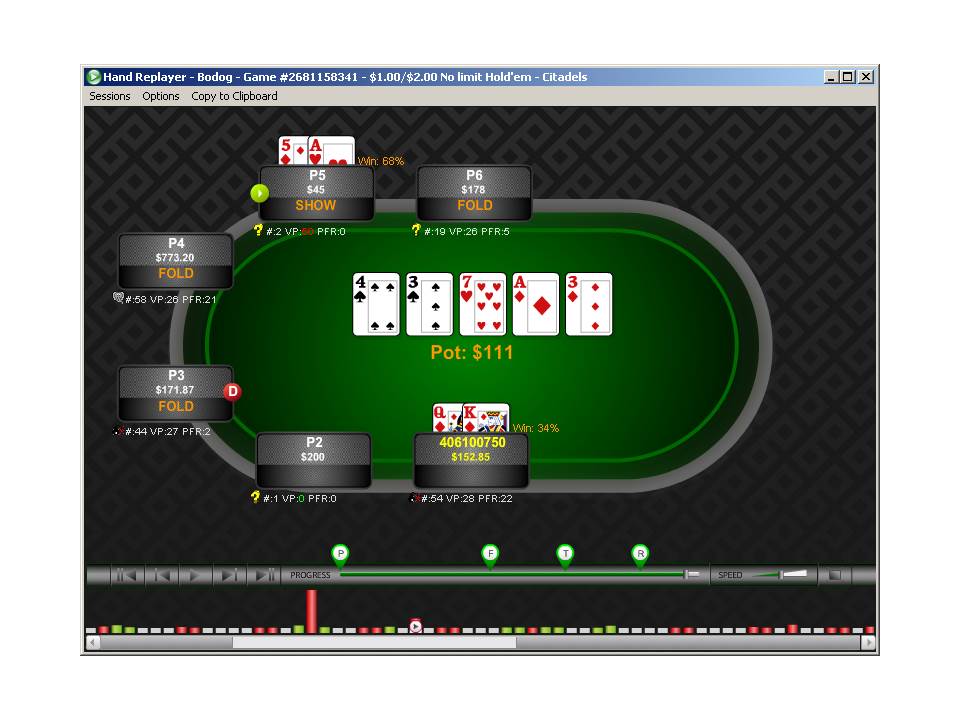 Then this:  It seems like I’m just losing small pots and folding.  A few hands before this one, another player made a strange looking donk shove on a random river card.  I had A-T and the board was Ac Qh 3c 4c 3s.  He had limp-called pre-flop, check-called the flop and we both checked the turn.  Then he bombed the river and I folded.  Anyway, my stack is shrinking and I get QJ suited and open raise.  The villain is the same villain from the first hand above, who rarely flat calls pre-flop and that’s exactly what he does here.  Now he has $811 and that alone pisses me off.  I love this flop and c-bet.  He raises and I get mad and ship it.  At that point, with my flush draw / gut-shot straight draw combo again his flopped set, I have 33% equity.  Of course, the 4th nine doesn’t help me… and there goes a $283 pot. 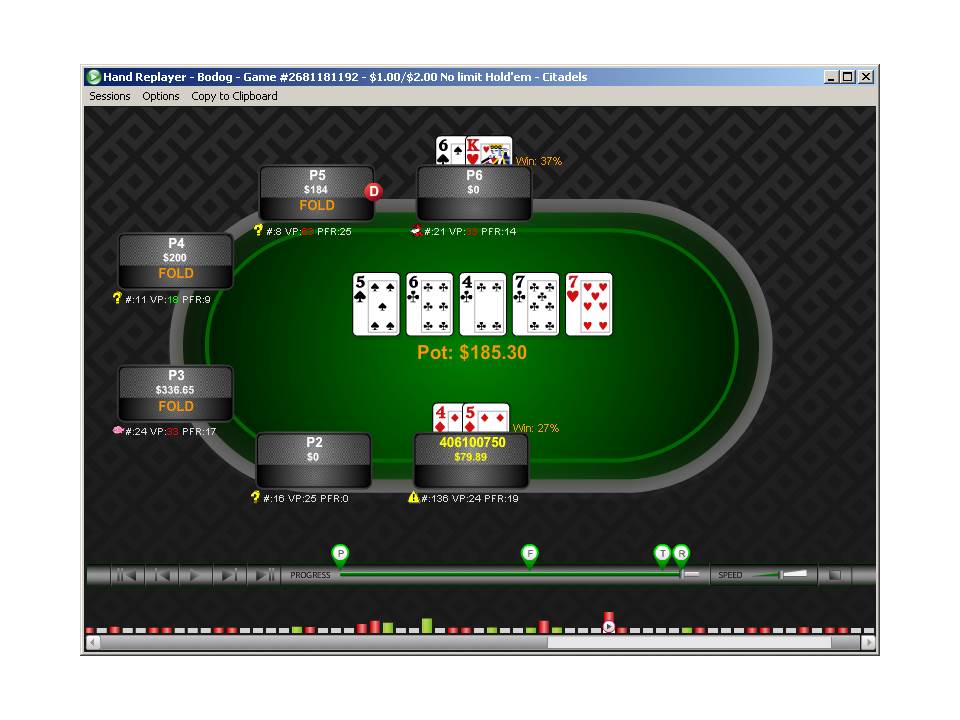 And finally this:  Villain limps, and I check to see a free flop, which turns out to be a dream flop for me.  We both check and I make a pot-sized $5 bet on the turn, which he calls not very quickly.  The river card is scary as it completes some straights and a heart flush, but I still should have the best hand.  “Should.”  I bet about 3/4 pot on the river and he ships.  With my stack now super short (again!), I call.  I actually had him outkicked until the river, although he had some outs for a chop (any A, K, Q, J or T).  Still, my equity after the turn was 73%.  There goes another $129 pot.  I’m done.  Cooked.  Toast.  Totally F’ing Pissed.  Impoverished.  Flabbergasted.

The total of these five pots was $1,141 (after subtracting the rake).  So I calculated my “Sklansky Dollars.”  David Sklansky is the author of “The Theory of Poker” and other excellent books, and has one of the all-time greatest mathematical poker minds.  To calculate Sklansky Dollars, you take your equity % in the pot at the time all the money went in, times the final pot size.  This is your theoretical equity $ amount.  Then subtract the amount you bet (i.e., invested) on that round.  If you went all-in as the shorter stack, you invested your entire stack.  But if you had the villain covered, then you only subtract the amount you put in.

Over a large sample size, your Sklansky Dollars and your actual dollars should be equal.  But on an individual hand basis, the only time the Sklansky Dollars and actual dollars will be equal is when either you or the villain is already drawing dead when the money goes in.  Otherwise, you will lose hands where you were the prohibitive favorite, and wins some hands via embarrassing suck outs.  For the five hands above, I calculated my Sklansky dollars using my equity on the round where all the money went in (or in the case of #2, the last round that any money went in).  My actual loss on these five hands was ($568), most of which… $527… went in on the last round of betting.  My Sklansky Dollars was actually a gain of $7.