It was Saturday night, which means I’m playing poker in someone’s garage.  Just about everybody is a regular player, so we get to do some higher level thinking.  Level 1, of course, is just thinking about the strength of our own hand.  We like it, or we don’t like it, or we’re not sure.  Level 2 is thinking about our opponents’ hands.  The more we have played with somebody, the more we should know about their style and tendencies and use that information to our advantage.  They should be doing the same.  Level 3 is thinking about what our hand looks like to our opponents.  While we know our exact cards, they don’t, so we can consider what our hand looks like from their perspective.  Level 4 flips back to their hand.  What will they think we are putting them on?

On the button, after several players just call the big blind, I look down at JJ.  I like my hand (Level 1).  So far, no one has a hand worthy of raising.  I don’t know their exact cards, but any hand better than mine would have raised already (Level 2).  When I raise, some of the players will think I’m just attacking the limpers and won’t give me credit for a hand as strong as JJ (Level 3).  So I can raise more than normal and still get called by worse hands.

Flop (37 BBs):  4d 4s 2d.  This is a great flop for me.  There are no over cards to my JJ.  While there is a diamond flush draw and a possible straight draw, a paired board makes the flush draw less attractive to anyone who has it, and the straight draw cannot be open-ended unless someone limp/called with 53.

Everybody checks to me.

I still like my hand.  It should be best here (Level 1).  While no one has shown any strength (Level 2), any of these players could have a single A, K or Q, or two diamonds, or a lower pocket pair that could turn a set, so I’m not giving them a free turn card.  I bet 20 BBs, just over one-half of the pot.  Some weaker hands will call another bet, including flush draws and low-medium pocket pairs like 55-88.  They would expect me to make a continuation bet on this flop with close to 100% of my pre-flop range, which they would think includes a lot of unpaired hands (Level 3). 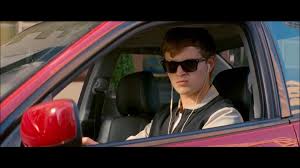 Wow!  A big check/raise from Myles, followed by Rob’s check/re-raise shove.  Similar to Myles, Rob likes to see lots of flops.  Even moreso than Myles, Rob will try to steal a pot with a big bluff when the board gets scary or he thinks his opponent is weak.  Both of them initially limped in, then called my largish pre-flop raise, which makes both of them more likely than me to have a 4 or pocket 22’s.  Myles has Rob covered, while I have the smallest stack with about 75 BBs remaining after my flop bet.

Let’s try to figure out where we are (Level 2), while trying not to wet our pants.

But Rob went all-in, AFTER seeing Myles’ check/raise.  That scares the shit out of me.  He could have the same 22 or 4x hands as Myles could, plus I have to include K4s, Q4s and 43s in his range as I’ve seen Rob surprise the hell out of people before when he makes a junky call and hits the flop hard.  I’ll also include A4o.  He too could have a flush draw, but if he does in this spot, it should only be an A-high flush draw (as with Myles, excluding AdKd, AdQd or AdJd as he would have raised pre-flop with these stronger suited aces).  Rob shouldn’t be shoving here with weaker flush draws because he should know Myles might be on a flush draw too, and shoving a non-nut flush draw and getting called by a nut flush draw would be disastrous.  Rob’s resulting range is stronger than Myles’ range: 99-44, 22, A4s, A4o, AdTd-Ad3d, K4s, Q4s, 64s, 54s, 43s.

Against both of these ranges, my equity is 39.7%, compared to 35.8% for Rob and 24.5% for Myles.  Something about a check-raise following by a check-re-raise makes me feel quite certain that I’m crushed here on this flop that initially looked so good for me, and I expected the math to be even worse that this.  It will cost me 75 BBs to call, for a chance to win (assuming Myles also calls) approx. 320 BBs.  If my equity is greater than 75/320 = 23.4%, calling would be the mathematically correct play.

I take my time, and finally fold.  I couldn’t work out all of the math in my head at the table, so I went with the old “Hashtag: they always have it” and concluded that at least one of them had me crushed.

Myles takes his time, asks Rob if he has a 4 and if so how good is his kicker.  Then he declares that he might as well gamble and calls the all-in bet.

The turn is Qc.  I don’t recall the exact river card, only that it wasn’t a high card or a diamond and didn’t change anything.

Rob turns over Ad6d.  He did indeed have the A-high flush draw.  We can debate the merits of shoving over the top of Myles’ check/raise there, but that’s what he did.  Myles turns over Qd9d, a weaker flush draw.

This burns me up when I first see it, as I was ahead of both of them when I folded.  Later I entered their exact hands and my equity was 53.7%.  Putting in 33.3% of the money and having 53.7% equity is a profitable play all night long, and I definitely should have called.

Then Myles sees that the queen on the turn paired one of his hole cards, giving him 2-pair queens and fours, and he scoops in a pot that totals over 415 BBs.  My JJ would have lost anyway.  That doesn’t change the conclusion that I should have called, however.  Against the ranges I constructed and against the actual hands, calling would be the correct play.  If both Myles’ and Rob’s cards were face up, I would call, especially knowing their flush outs partially cancel each other (and I was holding another out with Jd).  But I folded instead, then got the reverse of “lucky” since part of the draw hit anyway.  What looked like such a great flop for me cost me about 1/4 of my stack and I was lucky not to lose all of it.