Understanding the motives, thinking and decisions of poker players can defy explanation at times. When that happens, my default is simply “the rules allow it.”

For example, we are at a low stakes, $1/2 no limit Texas Hold’em private game. A player in middle position raises to $10, which is 5x the big blind and a very typical opening raise for this game. For purposes of this blog, I’ll call him “Josh.” Pretty standard. With 44 in the cutoff seat, I call as this looks like a good spot to go set mining, and the next player also calls from the button. He likes to see almost any flop with almost any starting hand. For purposes of this blog, I’ll call him “Greg.” OK so far.

Then the player in the small blind re-raises to $75. For purposes of this blog, I’ll call hm “Dan.” Now I have to go down the Squeeze Play rabbit hole before I return to the original story.

Dan’s big 3-bet has all the markings of a “squeeze play,” a term that generally refers to a bluff made pre-flop via a large bet following a raise and at least one call. The objective is to make the other players fold. The term “squeeze” is now often used to refer to any pre-flop 3-bet, so a quick history lesson is in order.

The squeeze play was popularized (and possibly invented) by Dan Harrington in one of his Harrington on Hold’em classic books. He used this play to good effect against Josh Arieh and eventual winner Greg Raymer at the final table of the 2004 WSOP Main Event, as described here.

The essential ingredients of Harrington’s squeeze play are a loose, aggressive initial raiser, followed by at least one caller who’s range is capped, followed by a large re-raise. Harrington had the nickname “Action Dan,” a sarcastic reference to his reputation for only playing premium hands. The squeeze works because the initial raiser’s range is wide (unless he happens to wake up with a super premium hand at the perfect time), the callers’ ranges are capped, and the squeezer’s image is very tight and strong.

The Rest of the Story

Back to our hand. Unlike Action Dan Harrington, this Dan has a loose, aggressive image and a history of making oversized bets when he believes his opponents will knuckle under the pressure. He tried this at another game recently where yours truly was the initial raiser with AQ (hardly a super premium hand and also my all-time favorite hand to hate). Knowing Dan likes the squeeze play (and therefore his 3-bet range includes a decent bluffing frequency), and knowing that my image as the initial raiser is much more tight than loose, I 4-bet jammed all-in. The original callers folded and Dan also folded rather quickly, having been caught with his hand in my cookie jar.

Anyway, I’m considering jamming here when the action gets back to me with my low pocket pair, when Josh, the original raiser calls $75. Unlike Josh Arieh in the 2004 WSOP Main Event, this Josh isn’t playing a tournament where every chip is precious, doesn’t have as aggressive of a style as Josh Arieh did, and apparently has a fairly strong hand. He’s not going away yet.

Greg also calls $75, so now there’s $235 in the pot and we haven’t seen a flop yet. Unlike Greg Raymer in the famous WSOP squeeze, this Greg is stubborn as hell pre-flop and he has the positional advantage of being on the button. Once he decides he wants to see the flop, it’s rare to see him change his mind. 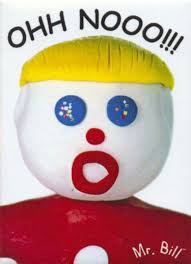 Then the most fascinating thing happens, which the rules allow. Since both Dan and Josh are all-in and everyone else has folded, Greg turns his cards face up while he is deciding whether to call or fold. He tables A♣6♦ and goes into the tank for a minute or two. I would like to tell you what he was thinking, but I have no idea at all.

What was Evel Knievel thinking when he approached the edge of the Grand Canyon on his motorcycle?

Finally Greg does make the call, putting in his chips which are enough to cover both Dan’s and Josh’s stacks. […insert reaction here…]

The rules allow it, even though I cannot explain it.

Josh turns over AKo, his call of an all-in bet with no pair and no draw being another thing the rules allow, while Dan keeps his cards face down. There are two more low cards on the turn and river and Dan shrugs and says “I can’t beat ace high.”

Josh drags home a nearly $850 pot with his ace high, king kicker, while Greg scoops up the $218 in the side pot.

(Did I mention that I folded a small pocket pair?)

BONUS CONTENT: I’m now a regular contributor at PokerNews. Check out my articles!